Unfortunately for us, this was not something we could walk away from. I wanted this far too much to not try everything we could. After talking to some friends that had success with another local doctor we decided to switch doctors and try something new. The doctor that we decided to go with was one that was willing to try out of the box techniques to get results. We had no idea what we were in for.

We went through so many tests with this doctor.. they checked everything! It turns out my body had never really recovered from having Sam. Typically your body knows how to heal itself and kind of resets. That didn’t happen for me. My body was in a state of deprivation, and it was nothing that I could fix. I went on several medications and about a month later my blood tests confirmed we were ready to try again. The one thing that we did find out is that I had a clotting issue and so I would need to go on heparin while we were trying. This was so crazy to think I would need to give myself shots 2-3 times per day.  I had never had anything wrong with me so this was a shock to be taking so many medications and then on top of that all the fertility medication.

We went through another round of IUI that did not work and decided to move forward with an outpatient procedure that would check my uterus to make sure I didn’t have any polyps or cysts. I would need to go under and they would complete a DNC to clear out my uterus as well as check everything else. I had the procedure done in December 2017 and they found a polyp and thankfully it turned out to be non-cancerous. After you go through all of this you really start to believe you have a chance. I mean what else could they do to make this work?  January 2018 we underwent our 6th IUI. AGAIN IT DIDN’T WORK. The doctor suggested that both of us are healthy and that at this time we should just try on our own. Trust me you walk away from that conversation like WHAT?!?! We have been trying for 3 years and it is not working.

I literally felt like I had hit rock bottom but I had no idea what was about to happen….

Want to join the discussion?
Feel free to contribute! 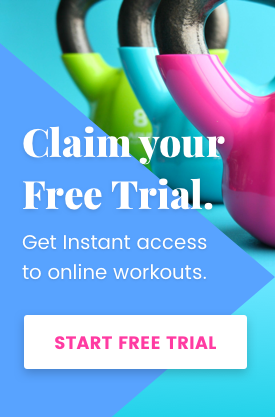 #strongAF Pictures like this make me want to cry

Have you ever heard a story and your like damn...